Gas prices dropped in December as a result of record levels of LNG cargoes and high levels of storage carried over from the previous month. Day-ahead closed before Christmas at 31.0p/th while month-ahead decreased by 8.2% to settle at 35.0p/th. At the start of January, gas prices rose, closing at 33.50p/th at the end of the first week. 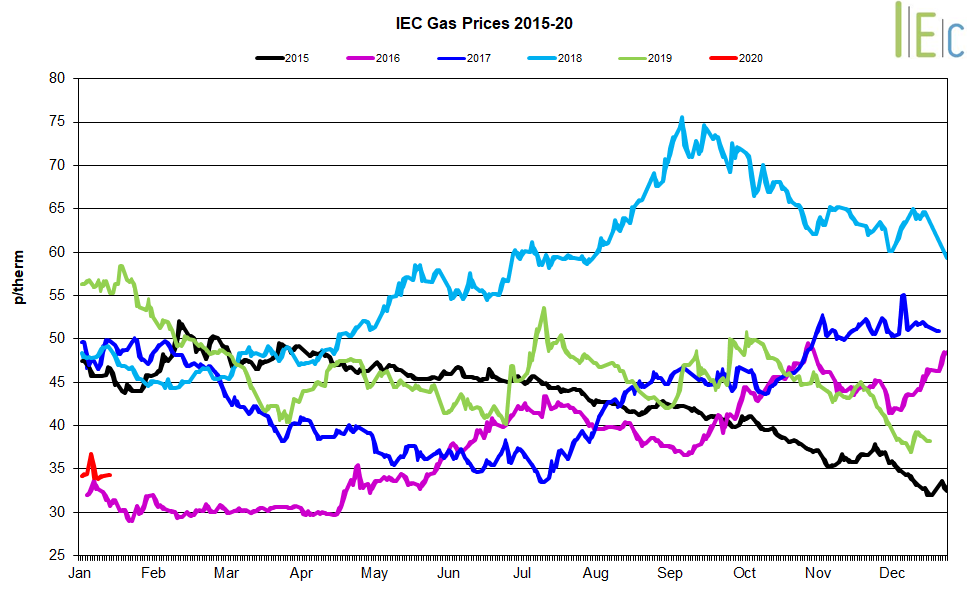 Wholesale power prices dropped in December. Day-ahead dropped by 2.6% and closed before Christmas at £39.2/MWh while month-ahead fell by 4.1% to settle at £44.50/MWh. As the New Year began, UK power contracts started to rise with month-ahead contracts increasing by 1.8% to close in the first week of January at £42/MWh. 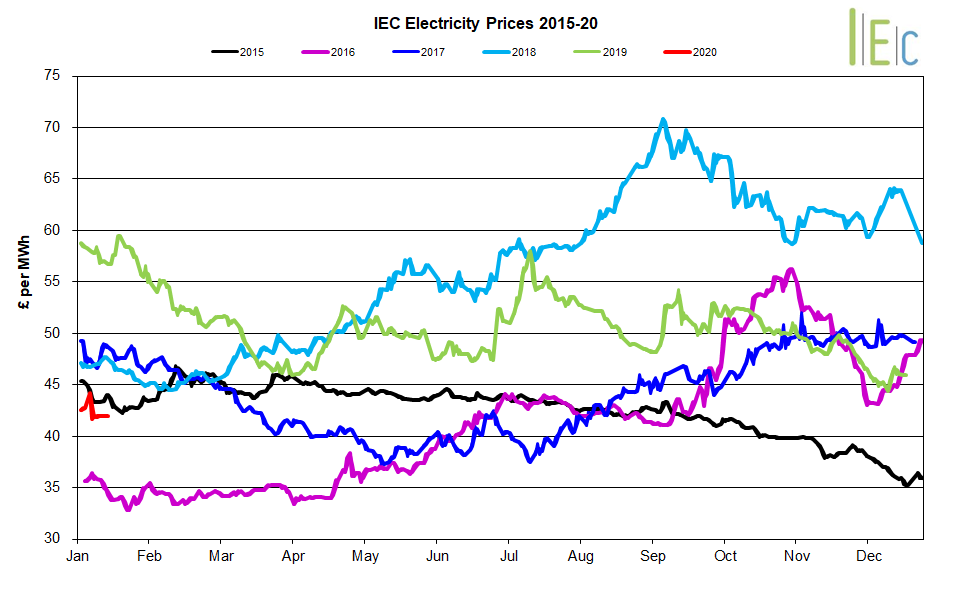 Oil prices dropped below $64/bbl in mid-December though prices have since recovered as a result of progress made on the US-China trade deal.

“The EU ETS is not fit to achieve a real green deal – phasing out free allowances is key.” That’s according to a report by Carbon Market Watch. The organisation says the Green Deal envisages a revision of “all relevant legislation”, including the EU Emissions Trading System (EU ETS) by June 2021 – bringing it forward from the original timetable which was 2023.

The EU ETS reform will have to include increasing the pace at which pollution is reduced annually (the Linear Reduction Factor), mandating auctioning revenues to be used towards climate action and phasing out free pollution subsidies.