Day-ahead gas fell for the eighth consecutive month, down 10.2% to average 31.9p/th. This is a result of over-supply and warm temperatures dampening demand. Winter 19 gas decreased 3.1% to average 54.5p/th, 3.3% lower than this time last year. 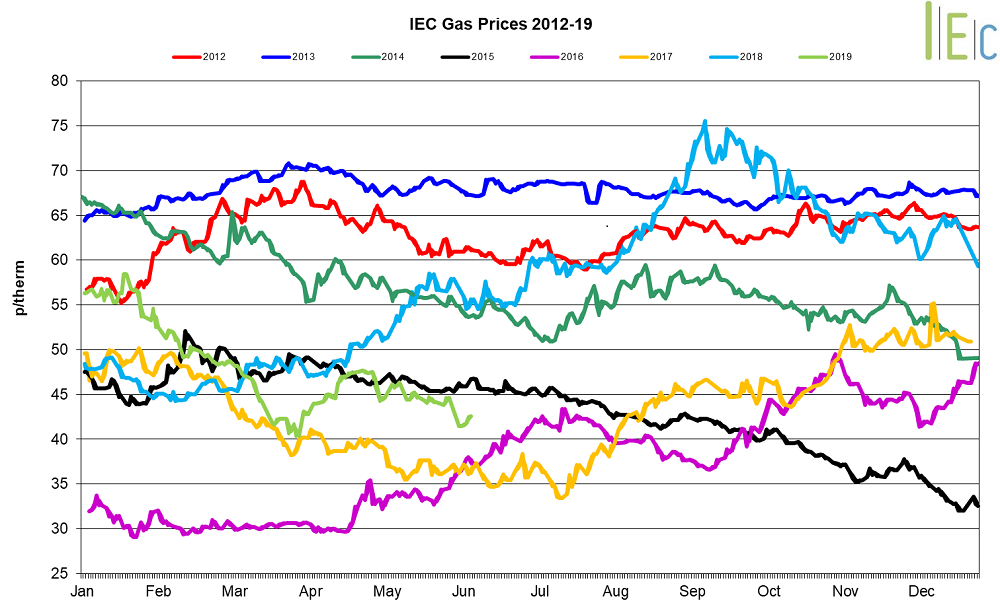 All seasonal baseload power contracts lowered in May, down 2.3% on average. Winter 19 power averaged £57.8/MWh, a 1.6% decrease on the previous month. Seasonal power contracts mirrored gas contracts as gas-fired power generation continues to dominate. The annual October 19 power contract decreased by 1.9% to average £53.3/MWh, up 6.7% from May last year. 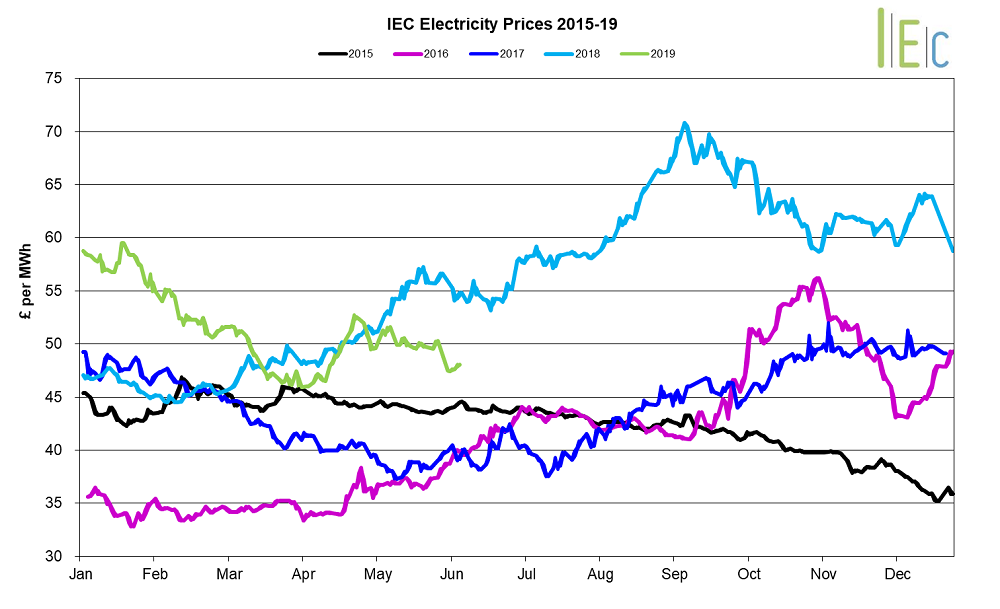 Brent crude oil prices declined for the first time this year, down 1.3% to average $70.5/bl in May. Oil prices ended the month at $64.9/bl, the lowest since mid-February, amid concerns that the ongoing US-China trade dispute will lower demand for oil.

API 2 coal prices dropped again, down 5.5% to average $68.9/t with coal ending the month at a two-year low. Again, demand was dampened by weaker demand due to higher temperatures and cheaper gas prices.

EU ETS carbon fell for the first time since February, slipping 0.3%, partly as a result of high renewables generation throughout Europe. Brexit uncertainty was also a factor behind carbon price changes.