In contrast to March, temperatures dropped below the seasonal norm which resulted in undersupply due to high demand and reduced LNG output. Prices were also affected by limited renewable power.
The one-year-forward price has increased since last month, with commercial gas closing at 56.14ppt on 30th April, compared to 51.92ppt on 31st March. 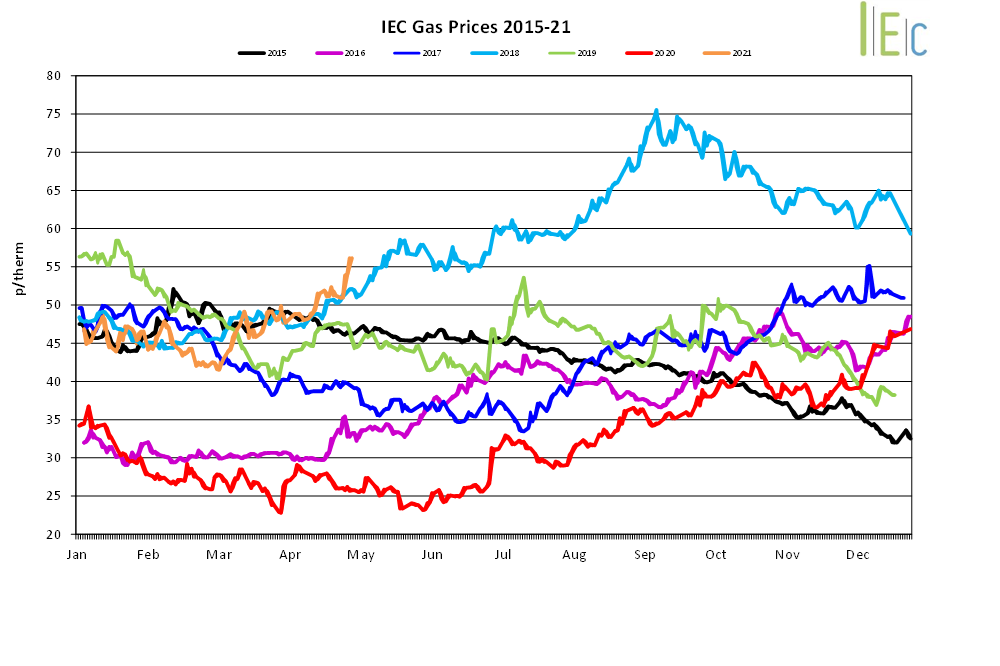 Commercial power prices rose in April, following gas trends, with the one-year-forward price closing at £66.43/MWh on 30th April; an increase from £61.26/MWh at the end of March.
Cold temperatures predicted for April, coupled with an anticipated drop in wind generation, affected power prices during the month. 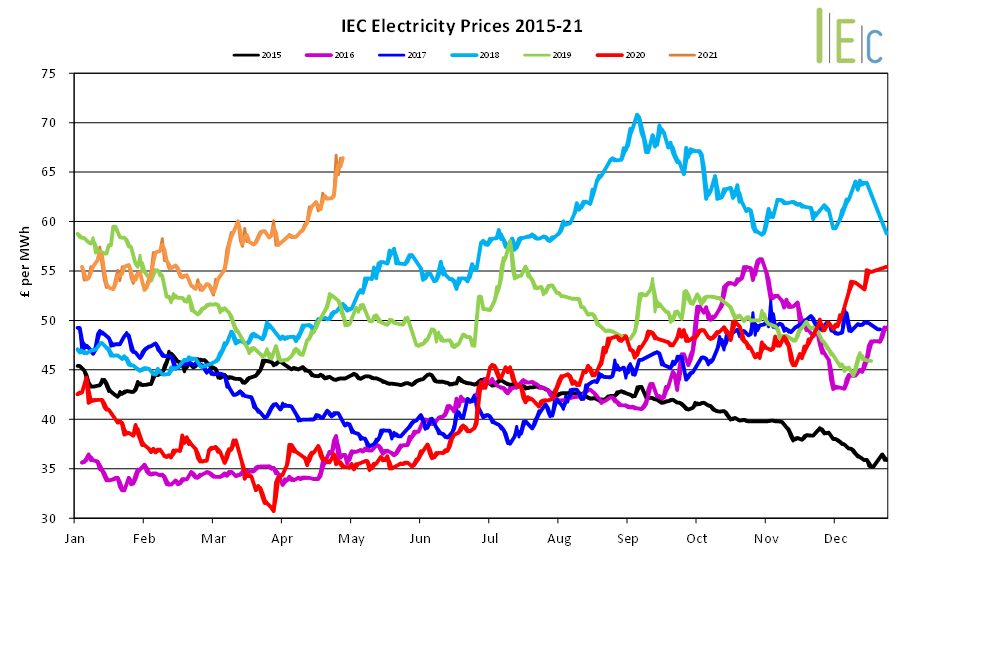 OPEC and Russia are continuing withplans for a phased easing of oil production restrictions from May to July amid upbeat forecasts for a recovery in global demand.
As of 30th April, Brent Crude oil was trading at $70/bl though prices were set to fall due to the extended outbreak of COVID-19 in India.

Thermal coal indices in the EU edged higher above $75/t, affected in part by a decrease in wind output.
British banks’ financial support for companies involved in the coal industry has risen since the 2015 Paris agreement, despite pledges to the contrary in a bid to tackle climate change, according to The Guardian.