Following on from a turbulent March and barring a short-lived bounce at the start of the month, the gas markets are beginning to find some stability and started to ease across April, as we enter the spring season.

Despite this initial stability in the European gas markets, there continues to be anxiety around security of supply and dependence on Russian hydrocarbons, as countries try to navigate their way around both EU and Russian sanctions. Poland and Bulgaria felt the brunt of these, as Russia halted their supplies after they refused to pay for their gas in roubles. This caused a price spike towards the end of the month though sharply reversed as at least 10 buyers opened accounts in Russia’s Gazprombank to ease transactions and Germany and Greece agreed to cover Poland and Bulgaria’s supply shortfall.

Although European storage capacity remains below the 5-year average sitting at 34%, it has now surpassed 20-21 level for the same period. There is hope that this is a positive sign that storage levels will recover to provide stability for this years winter period.

The UK gas system has largely remained over-supplied, thanks for stable Norwegian supplies and over 20 LNG deliveries arriving into UK terminals in April. Positive fundamentals also helped, with above average temperatures reducing the domestic heating load. These factors allow the UK to continue to be a net-exporter of gas into. However, as the maintenance season starts Norway has reduced the capacity two of its main gas fields for planned works, therefore flows into the UK dropped significantly at the month’s close, though thanks to storage capacity sitting at a prosperous 89% this has had limited affect to the current price. 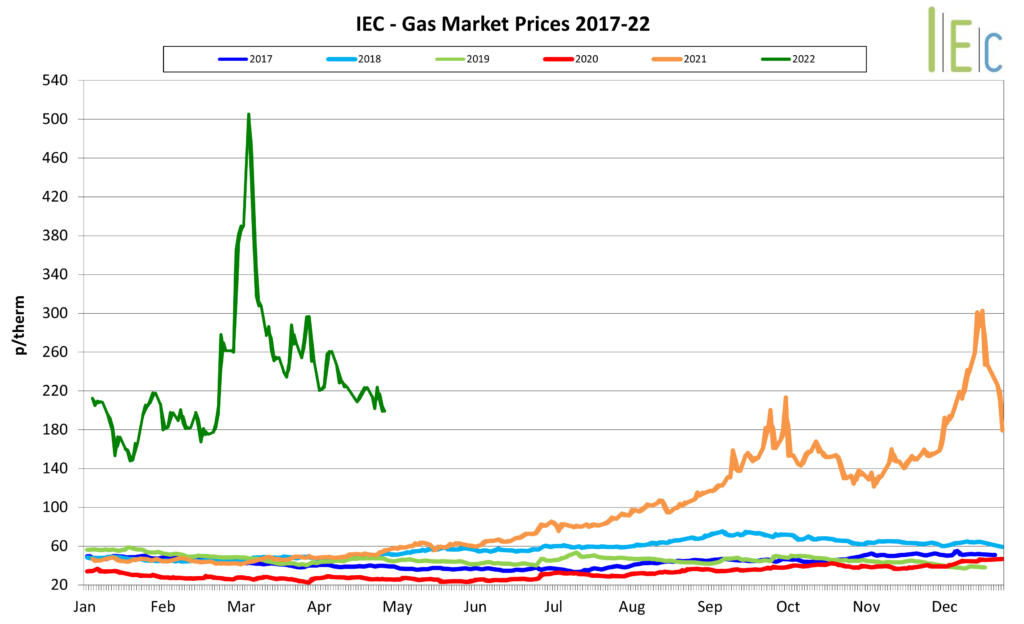 The UK electricity market continues to follow the trends of its gas counterpart, finally finding some stability in April and settling.

The month started with strong renewable generation at around 50% system mix and helping the market avoid a spike by reducing its reliance on gas. However, this level was short lived and as wind strength dropped to provide only an average of 20% to the generation mix for the remainder of the month.

Following on from March, the UK also registered minimal supply issues across April. On the continent a number of French nuclear reactors have been taken offline for lengthy corrosion checks and repairs, causing an extra reliance on gas.

Both UK and EU carbon markets have sustained their bullish trend and recover from their losses in February, thanks to increasing trading confidence and stability in the gas markets. Prices closed in April at EU ETS €85 and UK ETS £79 per tonne of carbon. 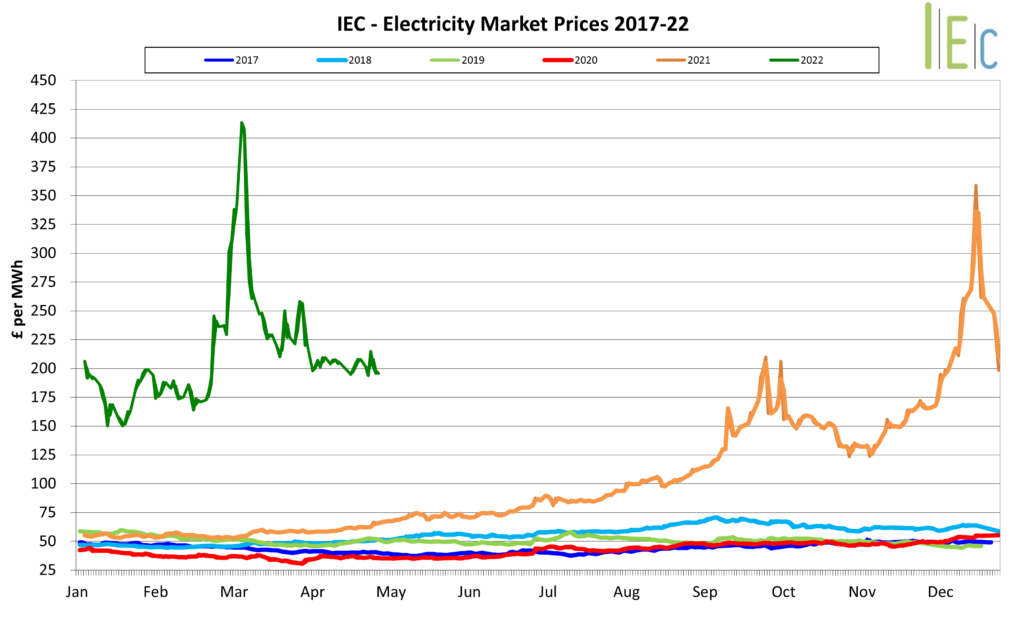